Buddhism is an inclusive religion.

It allows anyone and everyone to participate in its search for meaning of life.

Its quite natural to have conflicts among the belief systems. Buddhism was no exception.

One of the recent conflicts it has encountered was with Chinese Government. People from Tibet practice Buddhism. In 1950s China under communist regime of Mao Zedong singed a treaty with Tibet government suggesting Chinese sovereignty over Tibet. This has resulted in conflict between the two parties as Tibetan government alleges that it was an act of coercion by Chinese.

Whatever may be the background, Buddhist rebels from Tibet had to leave their homeland and settle abroad. Lot of them came to India and settled down in northern parts of the country. However, as a community it is the religion and its practices that keeps them together.

Every refugee from Tibet in Dharamshala (in Himachal Pradesh Northern India) maintains their identity as a practicing Tibetan Buddhist. Almost of all of these have never visited their homeland- Tibet.  Observing them carrying out their daily chores with their ethnic cultural practices is charming.

In Dharamshala you will find workshops dedicated to Thangka paintings – painting on cotton or silk depicting a Buddhist deity. Tibetans want to keep the tradition alive. When you view the art form you know its something to be cherished for long. 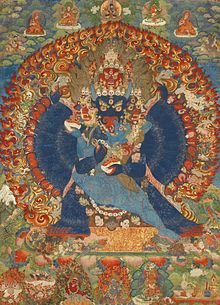 These workshops are professionally run with Masters and Assistants to ensure that the art form is diligently practiced. One such institute is Norbulingka in Sidhpur, a suburb of Dharamsala. It has facilities for Tangka training and other art forms such as sculpture, doll making, etc.

One can visit the place for sightseeing with a guided tour of the workshop center. 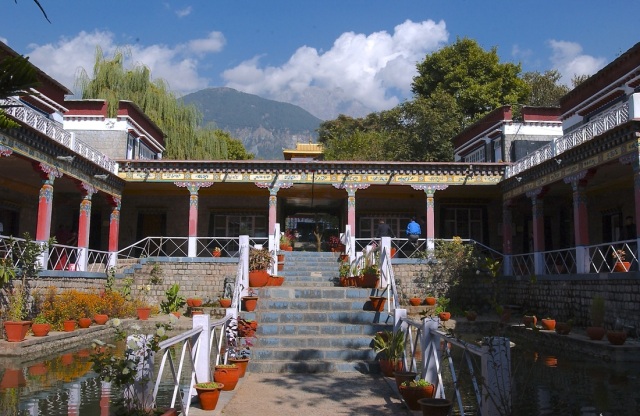 It offers training facilities for tourists as well. An interesting way to promote a culture is to enable people to learn and practice it. This way people understand & appreciate the art form and hence become an admirer.